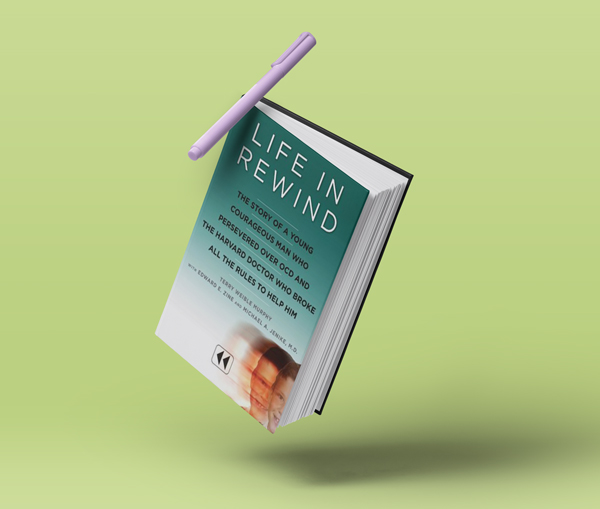 Lessons From Life In Rewind

If you want an intimate look at an extreme case of OCD, read “Life in Rewind,”
by
Terry Weible Murphy, Michael A., M.D. Jenike, and Edward E. Zine. It was a required reading for my Level II Specialist Certificate in Hoarding and I am so
glad that I read it. We hear OCD thrown around like it is a joke. When I read a
passage about Ed having to rewind and erase an event over 16,000 times it hit
me how debilitating OCD can be for people. It also gave me another reason to
ask permission from my clients if I can touch items in their homes.

An excerpt from the book: “The madness of OCD is that while the irrational
mind is operating, its victim is able to observe and recognize this behavior. It is
a neurologically based anxiety disorder with symptoms that often look ‘crazy’ to outside observers, but the sufferer isn’t crazy at all. Individuals who suffer with
OCD know that their illogical behavior has no logical basis, and knowing this increases their suffering all the more, because without treatment they are unable to stop it.”

Harvard Doctor, Michael Jenike treats his patient, Edward Zine, in the most profoundly humanist way. Jenike believes the medical profession has an obligation to spend whatever amount of time it takes with a patient to figure out what will make them better.  As the title states, Jenike break the rules (one example: he did house calls) and over many years ultimately helps Ed work through his OCD. Ed got better by combining medication, cognitive behavioral therapy, getting to the root of his OCD (loss of his mother), accepting who he was, tapping into his extraordinary genius to unlock his own mind, and having something to fight for- to live a regular life with his family. Because of this book, I will never look at OCD the same way again.